For the past seven years, Alex Banayan has been studying success obsessively. He has spent thousands of hours poring over hundreds of biographies and sitting down one-on-one with the people from whom he was eager to learn. Banayan interviewed Bill Gates, Lady Gaga, Steve Wozniak, Maya Angelou, Larry King, Jessica Alba, and many more.

He began this journey as a college student, with no access to his heroes. So, he did what no one would suggest and chased Larry King through a grocery store, hacked Warren Buffett’s shareholders meeting, and crouched in a bathroom to get to Tim Ferriss.

In Banayan’s new book: The Third Door: The Wild Quest to Uncover How the World’s Most Successful People Launched Their Careers, he illuminates the power of relationships to achieve your career goals. 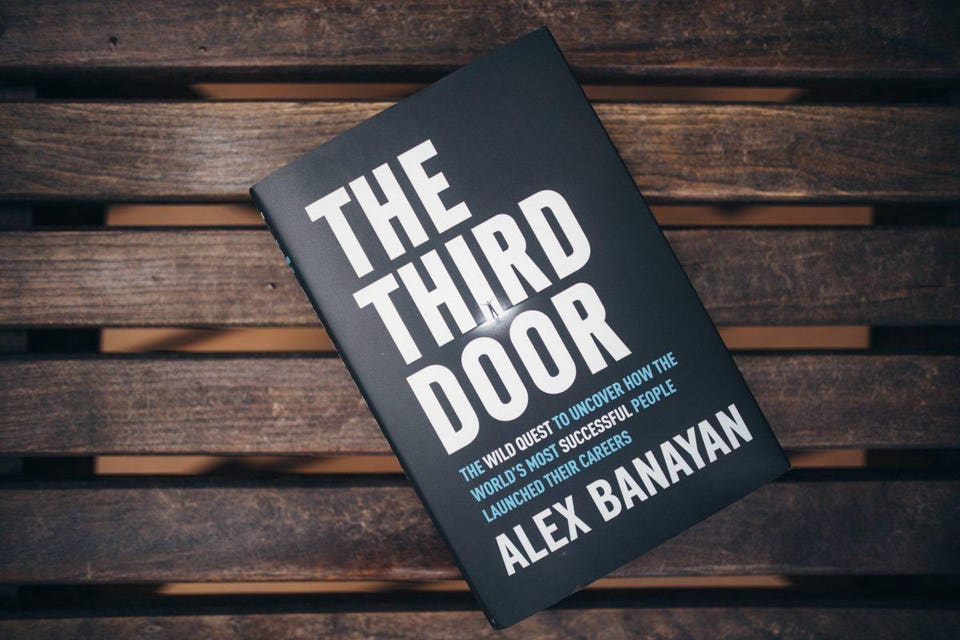 Here are two of the best relationship lessons he learned during his celebrity interviews:

Steven Spielberg got his start when he was about nineteen years old. According to Banayan’s recounting of Spielberg, he boarded a tour bus at Universal Studios Hollywood, rode around the lot, and then jumped off, sneaking into a bathroom and disappearing behind a building. He watched the tour bus drive away, and then spent the rest of the day on the Universal lot.

Wandering around, he bumped into a man named Chuck Silvers who worked for Universal TV. They spoke for a while. When Silvers found out Spielberg was an aspiring director, he wrote him a three-day pass.

Spielberg went there for the next three days, and on the fourth, he showed up again, this time dressed in a suit and carrying his dad’s briefcase. Spielberg walked up to the gate, threw a hand in the air, and said, “Hey Scotty”, and the guard simply waved back.

For the next three months, Spielberg arrived at the gate, waved, and walked right through.

On the lot, he would approach Hollywood stars and studio executives and ask them to lunch. Spielberg snuck onto soundstages and sat in editing rooms, soaking up as much information as he could. Some days he’d smuggle an extra suit in his briefcase, sleep overnight in an office, and change into the fresh clothes the next morning and walk back onto the lot.

Eventually Chuck Silvers became Spielberg’s mentor. He advised him to stop schmoozing, and come back when he had a high-quality short film to show. As he had been making short films since he was twelve, Spielberg began writing a twenty-six-minute film called “Amblin'”. After months of directing and grueling editing, finally he showed it to Chuck Silvers. It was so good that when Silvers saw it, a tear ran down his cheek.

Spielberg rushed over to the Universal lot, and Sheinberg offered him a seven-year contract on the spot. And that’s how Steven Spielberg became the youngest major studio director in Hollywood history.

Now pause, and recognize what Spielberg did that was a game-changer. He found his ‘inside (wo)man’: someone inside the organization willing to put his or her reputation on the line for you.

If Chuck Silvers hadn’t offered Spielberg a three-day pass, or called the VP of production and demanded he watch the film, Spielberg never would have gotten the contract.

“Of course, Spielberg had incredible talent, but so do other aspiring directors. There was a reason he got that contract when so many others didn’t,” explains Banayan.

What’s your biggest career goal right now? Who could be your ‘inside (wo)man’ to help you break through? 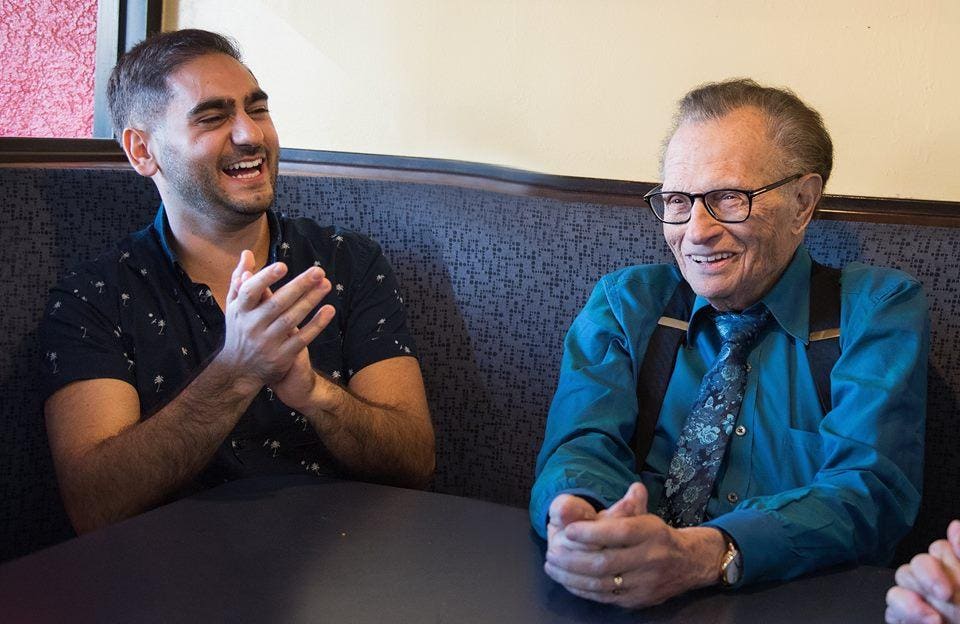 When Warren Buffett was working as a stockbroker, he decided he wanted to hone his skills and go to business school. He applied to Columbia University because he knew that Benjamin Graham, the Wall Street legend known as the father of value investing, taught there. Buffett got into Columbia, took Graham’s class, and eventually Graham became his mentor.

When Buffett was about to graduate, he decided not to take a high-paying corporate job, which most MBAs did, but to try to work directly for Graham instead. Buffett asked Graham for a job, but Graham said no. Buffett then offered to work for free. Graham still said no.

So Buffett went back to Omaha and worked as a stockbroker again. But he continued writing letters to Graham, visiting him in New York, and in Buffett’s own words, after two years of “pestering him”, finally Graham gave him a job.

Buffett was married and had a child by this point, but he still flew to New York as soon as possible to begin working. Buffett didn’t even ask if there was a salary. He worked at a desk outside of Graham’s office, learning first-hand from him.

Two years later, when Graham retired and closed down his firm, Buffett moved back to Omaha to start his own fund. And when Graham’s former clients were looking for a new place to invest their money, Graham referred them to Buffett.

He could’ve gotten a high-paying job right out of school and made far more money in the short-term. But, by offering to work for free under Graham, he set himself up to make much more in the long-term. Instead of trying to get paid as much as possible in dollars, Buffett chose to get paid in mentorship, expertise, and relationships.

Have you had opportunities where you had to choose between getting paid in money versus in relationship currency? What can you do today to ensure you invest in your long-term future and get paid in relationships?

Over the past seven years, Banayan learned, “…that everyone has the power to make little choices that can alter their lives forever. When Warren Buffett asked to work for free, that was a choice. When Steven Spielberg jumped off the Universal Studios tour bus at age nineteen so he could roam the lot and meet film executives, that was a choice.”

Banayan continues, “You can choose either to wait around and hope life gives you what you want, or you can choose to jump up, make strategic relationships, and start putting in the work to make your dreams come true.”