Science Reveals The Best Times To Network, Quit Your Job, And Host Meetings

Did you know that your mood and energy levels have natural daily rhythms? And that because of that, you can structure your day and your tasks according to when each will be best-suited for highest outcomes?

Thanks to best-selling author Daniel Pink’s latest release WHEN: The Scientific Secrets Of Perfect Timing, he dissects the science behind the best time to do just about anything. He and I spoke to break down the best times to connect with others, to network, schedule meetings, edit out friendships, quit a job, and take in new information. 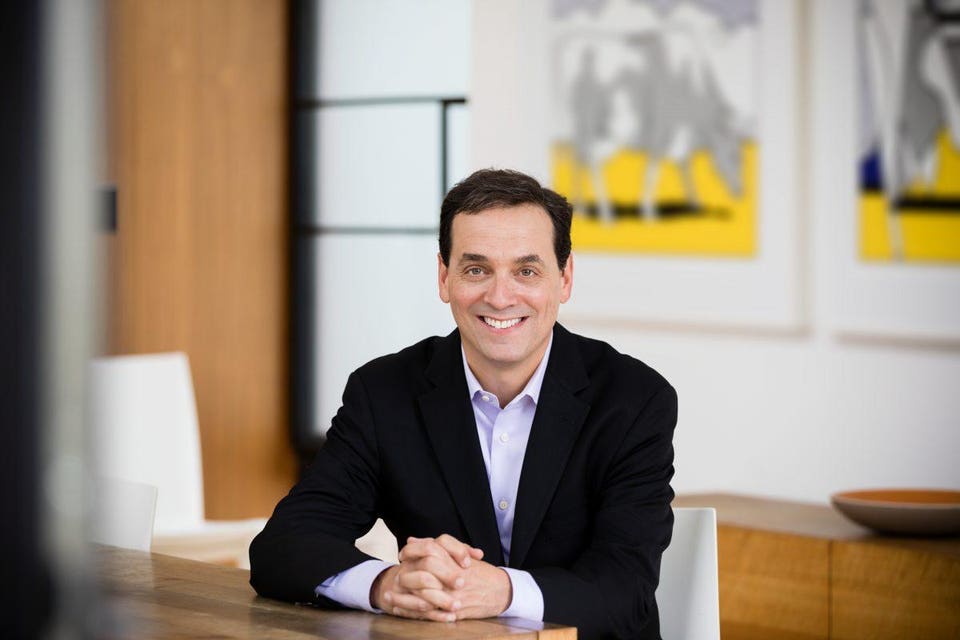 Here’s more from our conversation:

Darrah Brustein: What is the most surprising thing you learned as a result of writing this book and how has it impacted your daily choices?

Daniel Pink: That our cognitive abilities don’t remain static over the course of day, that they can change in dramatic ways, and that the best time to perform a task depends on the nature of the task. These insights reshaped my daily schedule.

Brustein: You share studies on how we edit out a large percentage of our friends as we age. Why is this and should it be something we consider doing before our ‘golden years’?

Pink: The reason is that when we reach the end of something — a life or even four years in college — we begin to focus more on meaning and purpose. And that’s generally found in our inner circle of friends rather than our wider network. Having a wide and varied network is extremely helpful professionally, though, so one might want to think twice before editing out too many people. That said, I might be ahead of my years a bit — since I’ve been editing people out since I was about 25!

Brustein: We learned from your research that most people feel increasingly warm towards others in the morning, less warm in the afternoon, and warmer again in the evening. How can we use this knowledge to our advantage, particularly when scheduling meetings, appointments, interviews, or events?

Pink: People tend to move through the day in three stages: a peak, a trough, and a recovery. And about 80 percent of us move through in that order. During the peak, which for most of us is early in the day, not only is our mood higher, but we’re more vigilant. When we’re vigilant we’re able to bat away distractions, which makes the peak the ideal time of day for analytic work. During the trough, which occurs in the early to mid-afternoon, we’re at our worst — both in terms of mood and our cognitive powers. So that time of day is better spent handling administrative tasks.  During the recovery — which for most of us is the late afternoon and evening — we’re in a better mood, but we’re less vigilant. That combination — elevated mood but greater mental looseness — makes it the best time for insight tasks such as idea iteration and brainstorming.

Brustein: One in four people operate on a different “peak” and “trough” schedule. How do they differ?

Pink: This is important. As you say, a portion of people have “evening chronotypes.” That is, they’re night owls – they go to sleep late and wake up late. Their pattern is more complicated than that of the rest of us. The most important difference is that they reach their peak — of vigilance and positive mood — in the late afternoon and evening. For them, that’s the best time for heads-down, focused analytic work. Trouble is, most corporate schedules are awful for owls.

Brustein: For any bosses reading this, how might they apply this knowledge to how they manage their teams?

Pink: In two big ways. First, they should allow the people on their teams to do the right work at their right times. So if the boss has an office full of morning or intermediate types — that 80 percent majority — she should leave them alone in the mornings and let them do their analytic work. If she’s got owls on her team, let them come in late and do their analytic work when many of their colleagues have gone home.

Second, be much more strategic about scheduling meetings. People spend a huge amount of time in meetings. But the only criterion organizations use in scheduling them is availability. That’s a big mistake. Figure out what kind of meeting it is. Do the people attending need to be locked down and analytical? More open and freewheeling? Or is the meeting purely administrative? And who’s going to be there — larks, owls, or a mix?  The “when” of meetings isn’t a purely logistical decision. It’s also a strategic one. 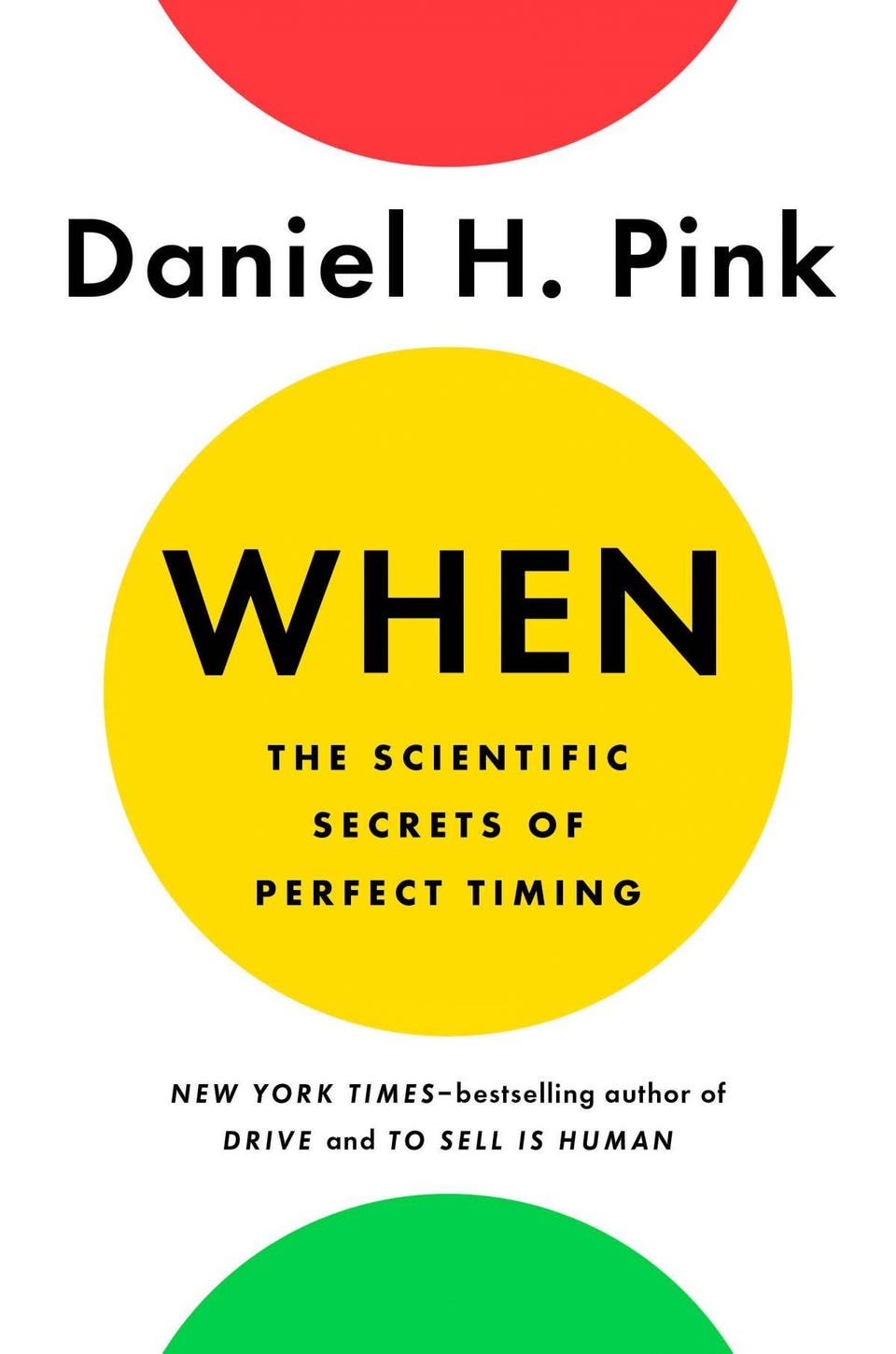 Brustein: You share about the value of taking social breaks. What are some of the benefits, particularly as they pertain to your network? And when is the best time to take them?

Pink: The science of breaks is where the science of sleep was 15 years ago — about to break through the surface and force some serious rethinking.  We should be taking more breaks — especially in the afternoon trough. But we should be taking certain kinds of breaks. Social breaks — that is, breaks with other people — are more restorative than breaks by ourselves.  But we should also be taking breaks that allow us to move, to be in nature, and to be fully detached from our jobs. As for our networks, social breaks can be a big help. They offer a chance to get to know someone in a slightly different context and deepen familiarity and connection.

Brustein: When is the best time to quit a job?

Pink: Well, this will vary from person to person. And it will depend on the state of the labor market. But there are some general guidelines. First, people tend to leave jobs around 1-year, 2-year, and 3-year anniversaries, so look ahead to those milestones. Then ask yourself questions like these: Am I still learning? Am I still contributing? Does my work offer both challenge and control — rather than just one of these elements? If the answers are “no,” it might be time to start looking.

Brustein: When is the best time to read or ingest new information (like perhaps your new book)?

Pink: Typically, mornings or immediately after breaks. However, I’m happy if people read WHEN any time of day!